The most common reason a car battery drains overnight is that it has lost the capacity to hold the charge. However, there can be multiple factors involved, including a faulty alternator. Using a multimeter can help you detect whether the car battery is an issue or if you need to look deeper.

You can test whether the battery hasn’t gone bad by using the local auto parts store or using a multimeter. The starter motor, alternator, or final stage resistor can have an issue as well. Otherwise, there can be a rarer issue that typically requires a mechanic to find.

Once you check the battery, alternator, and starter motor, then what is called a parasitic draw test needs to be done. It will identify what is drawing power and causing the battery to drain overnight.

Tests To See Why Your Car Battery Is Draining Overnight

Your car can be running fine, then when you part it up in the morning, it won’t start, and you need to use jumper cables. To identify why the battery is draining overnight, you need to test that the following components in your car are working properly:

The best thing to test first is the battery. Car batteries can fail early or hold less and less charge as they age to the point where they no longer work as they should.

In general, a car battery should keep its charge for at least 1 to 2 weeks when it’s working properly. So, even if you don’t drive your car for a few days it should start with no problem.

Testing the battery can easily be done yourself. But, it does require a little bit of experience working with tools. The reason is the battery needs to be disconnected from the two wires that connect to it.

Otherwise, to perform a test to see if the battery is causing the issue, disconnect the battery from the two terminals overnight. Before doing so, the car should be running fine, and you should do so after you’ve driven it around for an hour or more.

After disconnecting it overnight, connect it up again in the morning and try to start your car. If your car starts perfectly fine, you can be sure that your battery is not draining because there’s an issue with the battery.

This means there is something in your car that is not working properly that is draining the battery. There can be a few potential causes, and to isolate what is causing it to happen you need to have a mechanic perform what is called a ‘parasitic draw test’.

What is a Parasitic Draw and How to Check for It?

A parasitic draw occurs when some electronic gadget placed in the car uses the battery (or uses more power than it is supposed to) even when the car is completely turned off.

You can conduct a parasitic draw test to identify this issue. In the test, a voltmeter is connected to the battery, and different fuses on your car are tested one by one using a separate voltmeter. Therefore, to do this test yourself, you need two voltmeters.

As you may know, there are about 10 to 20 individual fuses in a car. These are to protect things like each electronic window, the electric seat positioning system – moving the seat back and forward electronically, and the windshield wipers.

The fuse is tested to see if it has current running through it while the car is off. If there is then it means that the component attached to the fuse is drawing power. And is draining your car battery when your car is turned off. To know what the fuse does you need to refer to your fuse diagram.

As an example, it could be the electronic window switch on the left front door. All of this can be a bit difficult especially if you don’t have much experience working on cars.

Therefore, if you identify that the battery, alternator, and starter motor are working perfectly fine, then it’s best to take it to a mechanic and have them perform a parasitic draw test and identify what component or components are draining the battery and what repair or replacement needs to be done.

The battery can be faulty and not charge when the engine is on. But, there can also be two other main causes that are easy to test that can cause this to happen. These are the alternator and the starter motor. As you may be aware, the alternator charges the battery while the car is running.

You can be able to get your car started using jumper cables, or it has just enough charge to start it, but then if the alternator is not working, the battery won’t recharge while you’re driving. Then the next day, it will have no charge.

The alternator can be easily tested at a car parts store such as Autozone. But, it can also be tested yourself. I explained this in detail and what to watch out for when getting your alternator tested in this article about whether Autozone will test your alternator for free.

If the alternator is faulty, it will need to be replaced. The other main component that is worthwhile checking because it’s reasonably easy is the starter motor.

The starter motor is responsible for getting your car to tick over, and start. When the starter motor has failed or isn’t working properly it will be difficult or impossible to start the car. Which is a similar symptom to when the battery is flat.

Here’s a really good video that shows how to test the starter motor and a very easy-to-understand explanation of how a starter motor works:

Can an Alternator Drain a Battery Overnight?

The alternator is responsible for charging the battery while a car is running. It also powers some of the components in the car but varies based on the model of the car. The battery being empty in the morning can occur for a number of reasons, here’s if the alternator can drain a car battery overnight.

An alternator can be tested on its own to identify if it’s faulty. This is done by testing the battery with a voltmeter with the car off, then turning the car off, and turning it on again. It can be tested yourself, or you can take it to many auto parts stores that will test it for free.

How Do I Find Out What’s Draining My Car Battery?

There are many fuses located in one or two locations in your car. Each of these fuses controls one part of a car, such as the headlights, or AC system. Each of the fuses needs to be tested with a voltmeter to identify which of the electronic components is drawing power. Then this component either needs to be repaired or replaced.

How Long Should a Car Battery Hold Its Charge For?

In some cases, you can go to start your car and it won’t start at all, and you need to use jumper cables to get it to start. This is because the battery has been completely drained, but can also be caused by another issue. Here’s how long the charge on a car battery should last.

On average, a car battery should hold a charge for 1 to 2 weeks of no use before it’s completely drained. But, the older a battery is the less and less it will hold a charge. There can also be a fault with the alternator, or one of the components which will drain the battery much faster.

If your car battery is not holding a charge for very long, the first step is to test the battery. This can be done with a voltmeter. Then you should check the alternator and the starter motor.

All of these can be checked free of charge at most well-known car parts stores such as Autozone. When each of these – the battery, alternator, and starter motor – have been tested and are fine, then a parasitic draw test should be done.

There are many electrical components on a car, and these can have a fault where they don’t stop drawing power from the battery when the engine is off. So, they will drain the battery.

A parasitic draw test is where each of the fuses for the different electronic components are checked individually to see which of the components is drawing power from the battery with the car turned off. It then needs to be repaired or replaced.

What Could Cause a New Battery To Drain?

To identify what is causing the issue each of these need to be checked one by one. It’s a good idea to start with the battery to make sure it hasn’t failed early.

Then test the alternator, and starter motor. These can all be tested yourself if you have a voltmeter. However, they can also be tested free of charge at many auto parts stores.

If these are all fine, then one of the electronic components in your car such as the air conditioning system, or the stereo has a fault and is drawing the charge from the battery while the car is turned off. To identify what component it is, what is called a ‘parasitic draw test’ needs to be performed.

It’s reasonably difficult to do yourself but not impossible, after the component that is causing the problem has been identified it will needs to be repaired, or replaced. The fuse can also be disconnected so that that component no longer draws power.

But, will not work. This is a good option if the component is particularly expensive and you don’t want to replace it right away.

Can a Blown Fuse Cause a Parasitic Drain?

There are fuses that protect each of the different electronic components on a car. Like all fuses, these can blow and cut power to a component in your car. But here’s a summary of whether a blown fuse can cause a parasitic drain.

A parasitic drain is caused when the component does not turn off properly when the engine is off and continues to draw power. Interestingly, removing the fuse for a component that has an issue and is draining the battery when the car is turned off will stop the issue from happening. When your car battery starts misbehaving, you usually see yourself scratching your head before trying something… An alternator charges the battery and powers electronic components in a vehicle. Various things are and… If you live in a freezing place, you probably know the answer to this question. If… 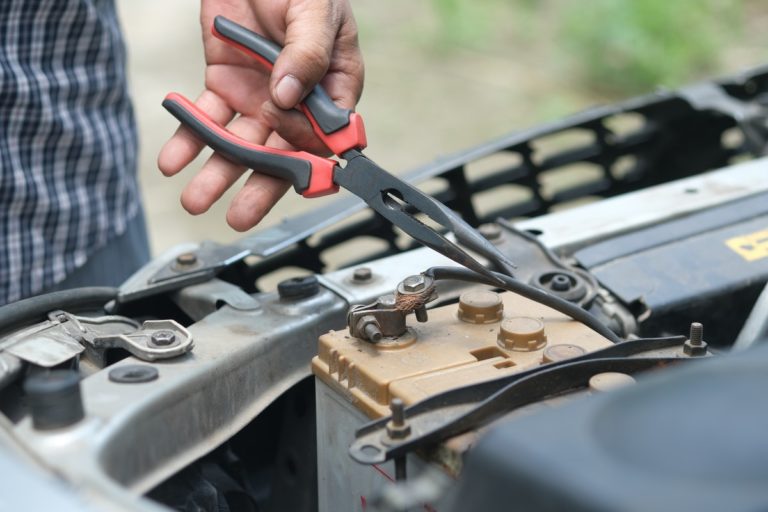 Whether it is traffic or the frequency of honking on the road, even the smallest issues…